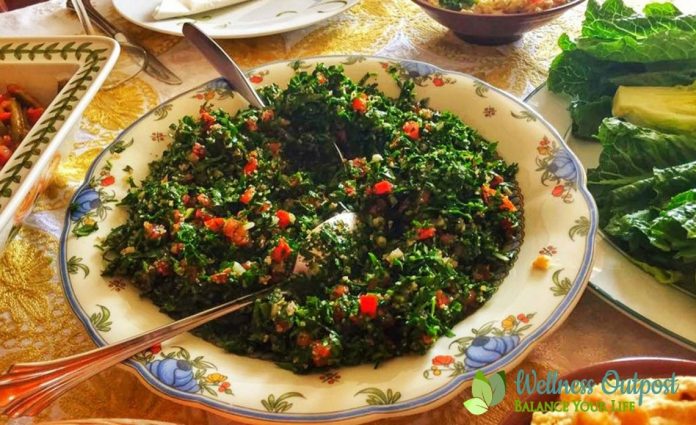 Tabbouleh is Lebanon’s national salad and one of the world’s healthiest dishes. It is 100% vegan and 100% vegetarian and can be very tasty when mixed with the right ingredients.

The tabbouleh recipe is such a staple in the Lebanese cuisine that tabbouleh has its own ‘National Tabbouleh Day’, a celebration held in Beirut’s organic outdoors market known as ‘Souk El Tayeb’.

The tabbouleh parsley salad heads the list of Lebanon’s 70+ appetizer dishes, which are called ‘Mezza’. They include the world famous humus dip and the eggplant dip known as ‘baba ghanouj’. 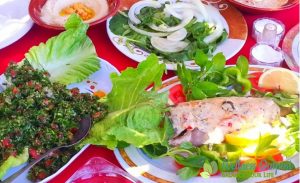 Often times you can tell when the tabbouleh salad is made days ago or has bad ingredients.

First of all, the tomatoes will taste rancid. Second of all it will not pass the true test of authenticity. It might be sold days old or it might look brownish and not green as the ingredients are not used correctly. The oil used on the tabbouleh may not be olive oil and the lemon juice may taste fake coming straight from a bottle.

Fresh tabbouleh is one of the world’s healthiest foods

Because parsley has amazing health benefits, tabbouleh is one of the healthiest foods around the world.

Tabbouleh can be a great accompaniment to kebabs, chicken, fish, beef, or lamb dishes. It is so popular in Lebanon that the Lebanese eat the tabbouleh salad during good times, sad times, celebration times, graduation times, family times, weddings, divorces, births, funerals, and during every other time in between. It is a salad that encourages healthy eating habits and promotes wellness.

The Lebanese are so serious about their tabbouleh that in 2009 they broke the Guinness world record for the largest bowls of tabbouleh salad. Around 300 people prepared the large bowl of tabbouleh salad and the serving topped off at over 4324 kg (or over 9,500 pounds). The idea was to showcase local foods and to take pride in Lebanese products. The project was labeled “100% Lebanese”. 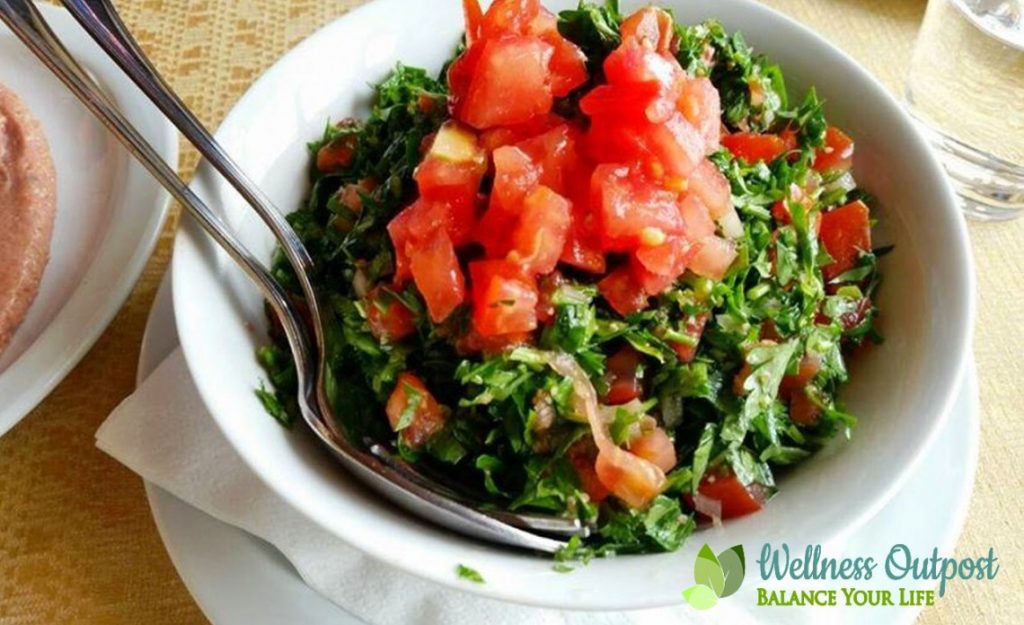 Lebanon is a small little Eastern Mediterranean country that has its roots in Mediterranean and Middle Eastern cultures. It has four seasons, mountains as high as 10,000 feet above sea level and the Mediterranean sea that kisses its shores from north to south.

Thanks to its four seasons and varied climate this small country grows almost every imaginable fruit, vegetable and herb. Parsley grows in abundance there. for th price of one bunch of parsley in the U.S. you can buy about 10 double size parsley bunches there.

The Lebanese Gastronomy Association has defined the standards by which tabbouleh is to be called ‘authentic’. Here is what makes classic tabbouleh authentic:

The tabbouleh salad is one of the world’s healthiest dishes 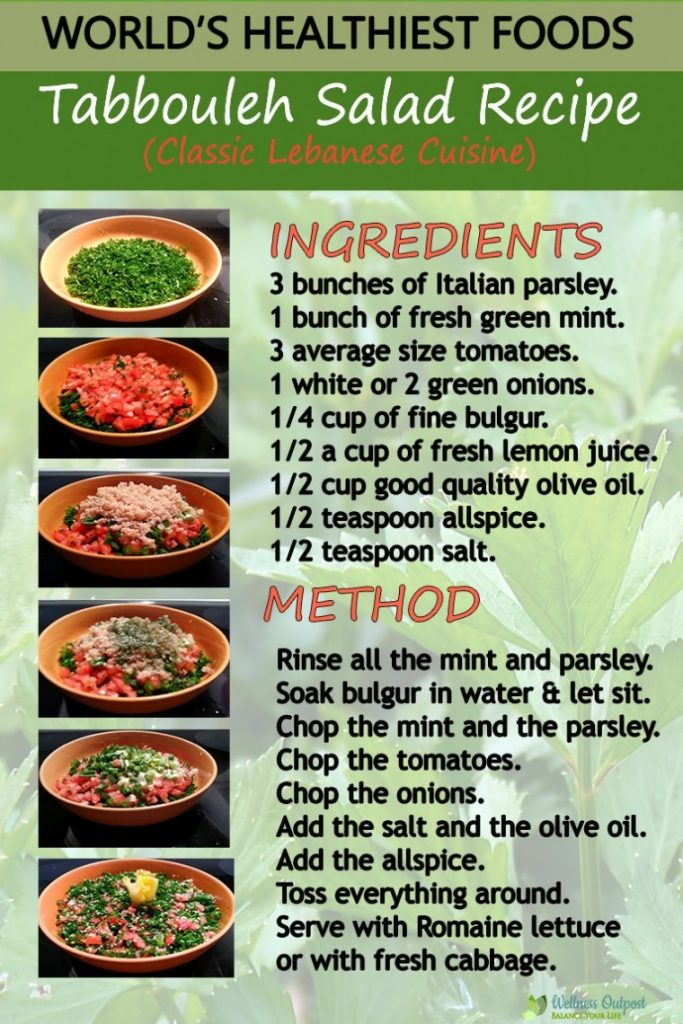 This delicious recipe serves 3-5. It takes about 30 minutes to prepare and it’s a staple in Lebanese cuisine. Enjoy!

How to make tabbouleh

Note: If you make the tabbouleh in advance, it is important to not add the dressing until the last moment. This will ensure that the herbs don’t get whilted. The best practice is to clean, chop, mix, and serve all within a short period of time. Sahhtein (to your health) and be well.

READ MORE: Let These 16 Foods That Help Rheumatoid Arthritis Be Thy Medicine