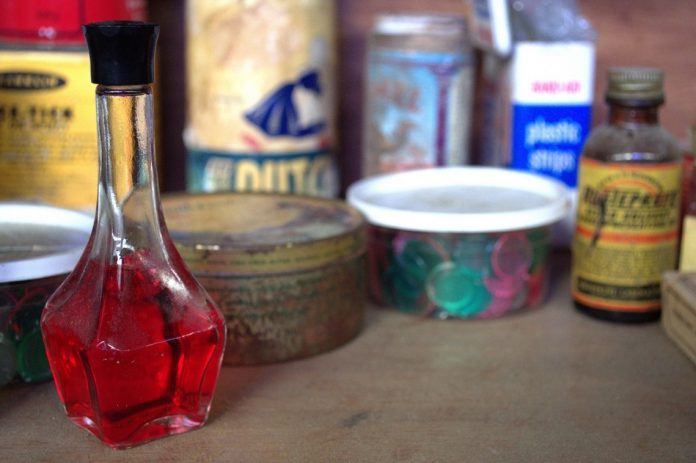 Pain is a part of history. It is a human condition that has been a hot topic since the dawn of civilization. Ancient civilizations were also pioneers.

They discovered various ways of healing, and ancient chronic pain treatment methods were creative and effective.

In 1752 Benjamin Franklin experimented with violent storms using a kite and a metal key. Luckily for mankind, and for our Founding Father, he survived. His dare with Mother Nature pioneered and helped kickstart further studies on the science of electricity.

Thousands of years before Benjamin Franklin’s zapping experiment with a kite, a key, and a lightning storm, the ancient Egyptians harvested the waters of the Nile in search of what they called “Thunderer of the Nile”. 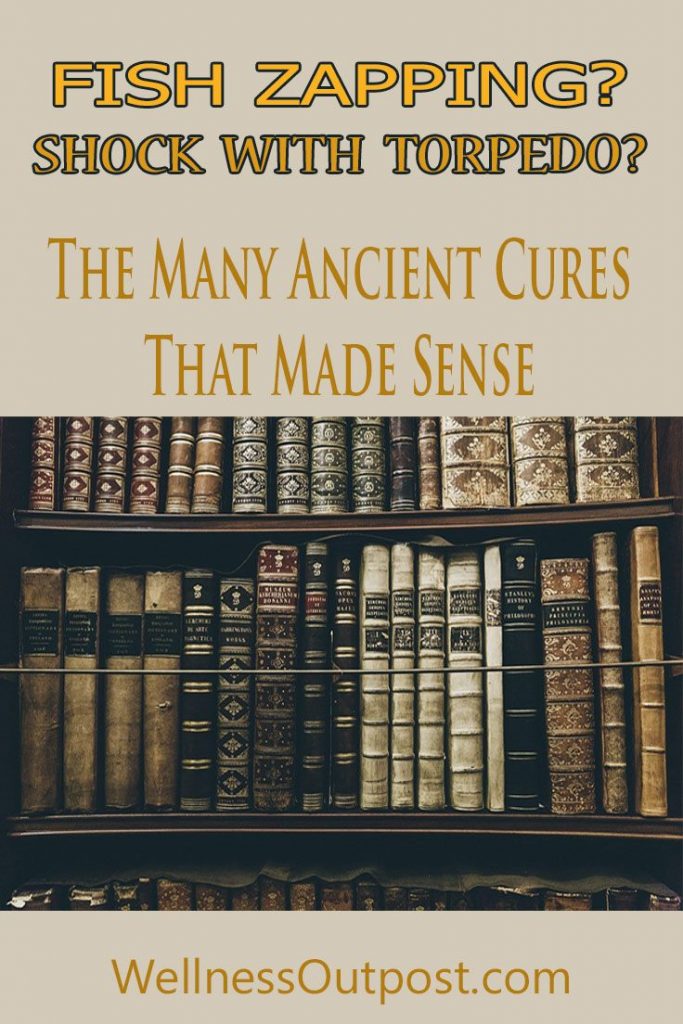 The “Thunder of the Nile” is an electric fish that comes in various species. One of these species is the electric catfish. The Egyptians used it as a chronic pain treatment method and to help alleviate other types of acute pain.

Uses of the electric catfish in Ancient Egypt…

The Egyptians used the electric catfish to literally zap and shock people who complained of arthritic pain.

This was perhaps the first natural arthritis pain relief method.

It is interesting to note that the large electric catfish are like a destructive weapon! They can deliver shocks that resemble those of a 350 volts Taser gun. 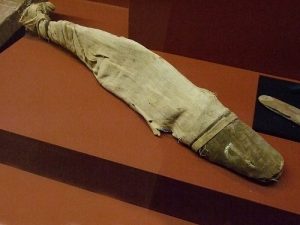 If you know anything about Taser guns, then you also know that one is 3 times more potent than the voltage of an American wall socket.

The ancient Egyptians treated the catfish with high importance.

They mummified the electric catfish and placed them in tombs of their deceased loved ones, so that the healing catfish can be taken with the deceased to the afterlife.

The torpedo is a species of electric ray, which is another type of fish with lightning powers.

The electric ray has 544 species including the torpedo. The Ancient Egyptians used the torpedo to treat epilepsy.

In its natural habitat, the fish lies partly buried on sand and delivers shocks to its prey. The shock from the fish resembles electricity shocks and can range from 8 volts to 220 volts.

The torpedo also uses its jolts to defend itself from predators, and to stun its prey in order to capture it. 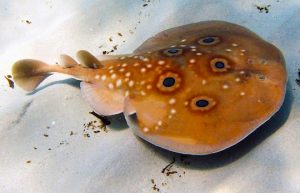 The torpedo’s properties: The Greeks also considered the torpedo as a magical fish and used its electrogenic properties as a numbing agent on women who experienced labor pains.

Ancient Romans treated headache patients with jolts emitting from a torpedo. This is similar to electrotherapy pain relief treatments in today’s times. The Romans and the Greeks also used this method to treat gout, chronic headaches, and diseases of the spleen.

An advocate of this torpedo jolting remedy was Scribonius Largus, the court physician to first century Roman Emperor Claudius. This is how he explained how this method works:

“To immediately remove and permanently cure a headache, however long-lasting and intolerable, a live black torpedo is put on the place which is in pain until the pain ceases and the part grows numb.”

The Inca Of Peru – Coca Leaves

Did you know that the coca leaf is the raw material for the drug cocaine? 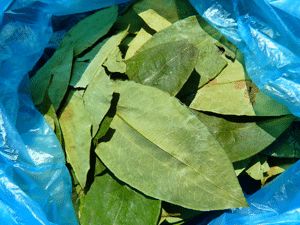 The Inca of Peru discovered the coca leaf around 1300 BC.

In modern Peru, the coca leaves are made into tea that helps people tolerate high elevations. This is why it’s popular with tourists at Machu Picchu (11,152 feet) and Cusco (7,972 feet).

When chewed and brewed for tea, the legal coca leaves do not cause any harm. In fact, they can be beneficial to human health including numbing aches and pains.

However, when used in its commercial cocaine form, it can wreak havoc on the body. People can become addicted to cocaine and suffer from narrowing of the blood vessels, headaches, seizures, abnormal heart rhythms, strokes and even heart attacks.

Spain And The West – Cocaine 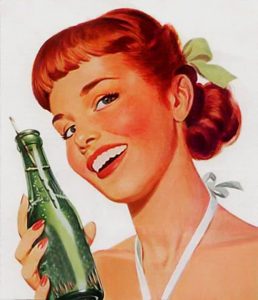 A year later in 1886, a U.S. based company introduced its own version of the popular drink.

The Coca-Cola drink was launched in the U.S. as a “medicinal” beverage.

Its composition was later changed due the drink’s addictive properties.

Coca-Cola included extracts from coca leaves at a whopping 5 ounces (10 tablespoons) of cocaine per gallon. It also included kola nuts for the strong caffeine effects.

In 1981, the cocaine amount in the Coca-Cola drink was reduced to 1/10th of the original amount.

In 1903 it was completely removed from the formula.

In 1953, Coca-Cola moved into the Spanish market and bought the rights to the Spanish drink Kola-Coca. It allowed the Spanish company to continue operating, but only to produce alcoholic beverages.

The book “The Story of Pain: From Prayer to Painkillers” by historian Joanne Bourke can give you a much better idea of how pain was perceived in the last century and beyond. Check out this short interview.

Have you ever seen the classic 1939 movie The Wizard of Oz? If so, then surely you remember Dorothy, Cowardly Lion, and Toto falling asleep at the sight of a beautiful poppy field.

It was the scene where the Wicked Witch of the West threw in a challenge of a poisonous poppy field in their path.

The poppy plant is what produces beautiful poppy flowers in various colors including pink, yellow, orange, red, and purple.

It had its own benefits in Asia and Africa’s old civilizations.

Most poppy plants contain no opium at all. Only the opium poppy (Papaver Somniferum) can be used to harvest opium. 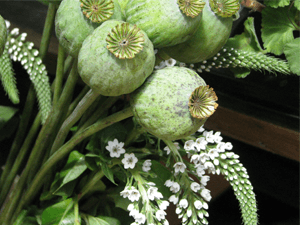 This method of extraction of opium was the earliest version of producing the drug morphine.

Just as the Inca were discovering the magical qualities of the coca leaf around 3400 BC, the Egyptians were extracting opium from the beautiful poppy plant and making it the focus of their pain treatment method.

The Egyptians harvested the milky fluid from the plant and used it to produce opium. The ancient Egyptians prescribed it for nerve relaxation and to help people fall asleep.

Because the Egyptians were fond of flowers, they used poppy plants as gifts and offerings and placed opium artifacts in the tombs of their dead Pharaohs. The Egyptians also used opium as a euphoric substance. However, it is not clear at this time whether they were aware of its addictive effects.

After it became popular in Egypt, opium’s calming effects spread to other regions of the world such as Rome, Greece, Persia (modern day Iran), India, and China.

The recreation use of opium in China began in the 1400’s. Opium use continued throughout the years and was considered a luxury item in China. It became widely available in 1770 right after Britain conquered the colonies of India and Burma.

The First Opium War in China… 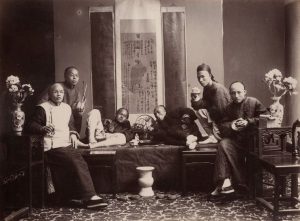 Opium became very popular in China. It was mixed with tobacco for smoking purposes. Smoked opium is far more potent than the oral form due to the magnification of its addictive nature.

The excess use of opium created addicts who were constantly in pain, unless they were using the drug.

This was the first historically documented “War on Drugs”.

The Chinese wanted to revolt against the new opium legalization and taxation orders. However, the British Royal Navy responded with heavy duty gunnery power and forced the Qing Dynasty to sign a treaty three years later granting extra powers to Britain.

The end of opium abuse in China…

The use of opium continued until the Chinese Revolution of 1949, ending the country’s civil war.

This is when Chinese Communist leader Mao Tse-tung declared the creation of The People’s Republic of China (PRC).

Chairman Mao vowed to end the opium addiction among his people. By 1956 the People’s Republic of China had completely eradicated the opium problem that had severely plagued the country for almost 200 years.

RELATED: Pain Relief Facts (What You Need To Know Now).

What do you think of the ancient healing methods? Did you like any of them? Share your thoughts below and let us know.